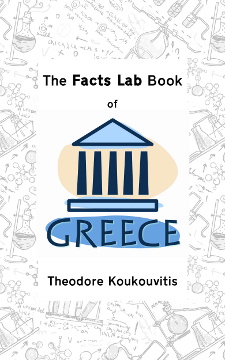 Ah, Brazil. Home of the Amazon and a rather good football team. And they grow coffee. And the World Cup is being held there soon.

Most people’s knowledge of Brazil doesn’t go beyond that. Which is a bit pathetic really, considering it’s the world’s fifth biggest country in terms of size and population.

If you’d like to know more about Brazil than what time the matches are on television next June and July, The Facts Lab Book of Brazil: 101 amazing facts about Brazil and the Brazilians is a carnival of information about the country and its people – some of it useful, some of it arcane, all of it entertaining.
END_OF_DOCUMENT_TOKEN_TO_BE_REPLACED 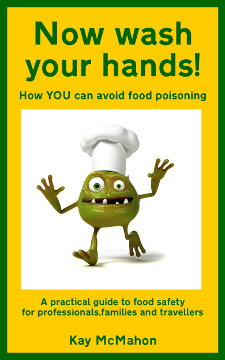 A practical guide to food safety for professionals, families and travellers

Food poisoning is an unpleasant experience, there’s no two ways about it. Even a mild dose can knock you sideways for several days. For those who fall into the particularly vulnerable groups – the very young, the very elderly and people with weakened immune systems – food poisoning can even be a killer. And the number of cases seems to be increasing even in our modern, squeaky-clean environment.

It doesn’t have to be that way, though.
END_OF_DOCUMENT_TOKEN_TO_BE_REPLACED

The Facts Lab Book of Greece: 101 amazing facts about Greece and the Greeks is Theodore Koukouvitis’s second Ergo Guides book about his ever-intriguing homeland, and in it he’s come up with a cornucopia of facts, reflecting his own wide-ranging interests and the diversity of Greek culture, society and landscape.
END_OF_DOCUMENT_TOKEN_TO_BE_REPLACED

The second of our …Basics – 101 Tips books, this is another collection of useful tips for visitors based on the author’s personal experience and on-the-ground research, amassed in over six years of visiting Siem Reap and Phnom Penh – the two cities on which the book focuses.

Cambodia’s recent past was notoriously horrific and dominated by civil war, genocide and extreme poverty. Although the country’s now emerging from that past, the economy and infrastructure are still a long way behind what most of its visitors will be used to from their own countries and their travels elsewhere. This book helps the newcomer to Cambodia smooth off some of the rough edges they might otherwise encounter in travelling around the country, and make the most of their time among the charming and hospitable Cambodian people.
END_OF_DOCUMENT_TOKEN_TO_BE_REPLACED

Our books on Amazon